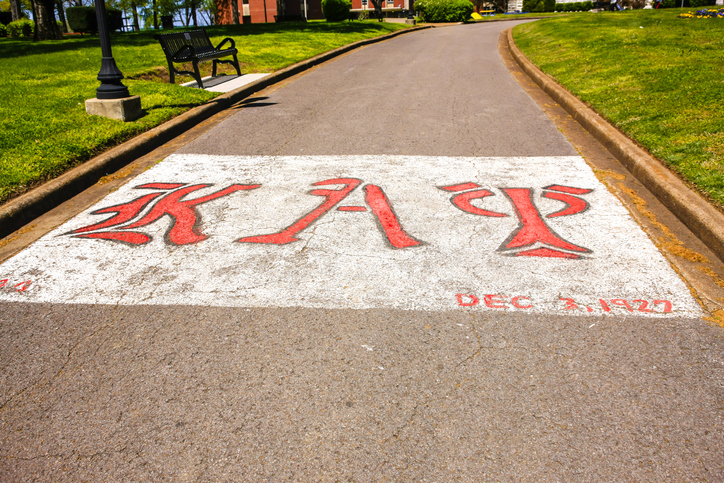 College life is all about fraternities and sororities. These become the families of students for the rest of their lives, and they have a sense of belonging to a community no matter where they are in the world.


There are so many famous fraternities and sororities out there, and each of them has many famous and reputable people belonging to them.


One such fraternity is the Kappa Alpha Psi, which was founded on January 5, 1911, on the Indiana University Bloomington campus by a group of six students.


Today, the fraternity has over 125,000 members with over 700 undergraduate and alumni chapters in almost every state of the United States. And not only that, but the fraternity also has international chapters in South Africa, Nigeria, the United Kingdom, Germany, Korea, Japan, and the West Indies.


Here are some of the most famous Kappa Alpha Psi members.


One of the most famous Kappa Alpha Psi members is Cedric the Entertainer, whose real name is Cedric Antonio Kyles. Cedric is an American actor, game show host, and a stand-up comedian.


He is best known for co-starring with Steve Harvey on the WB channel sitcom The Steve Harvey Show. Cedric also hosted the 12th season of the daytime version of Who Wants to Be a Millionaire in 2013-2014. He is also a popular voice-over artist, having lent his voice to animation movies like Ice Age and the Madagascar film series.

John Singleton was an American film director, actor, producer, and screenwriter. He was most popular for writing and directing the movie Boyz n the Hood in 1991. Singleton belonged to South Los Angeles, and many of his movies, including Poetic Justice, Baby Boy, and Higher Learning, focused on themes that connected with the urban population.


Montell Jordan is an American singer, pastor, record producer, and songwriter. He is best known for the 1995 hit single "This Is How We Do it." Jordan was also the main male solo artist on Def Jam's Def Soul imprint before leaving the label in 2003. In 2010, Jordan left the music business for good and became the worship leader at the Victory World Church in Norcross, Georgia.


Marvin Sapp is an American Gospel music singer and songwriter. He recorded with the group called Commissioned in the 1990s, after which he embarked on a record-breaking solo career. Sapp was also the founder of Lighthouse Full Life Center Church, located in Grand Rapids, Michigan. As of November 2019, Sapp became the senior pastor at The Chosen Vessel in Forth Worth, Texas.


Another famous Kappa Alpha Psi member is Colin Kaepernick, who is a well-known American civil rights activist and former football player. He was a football quarterback who played six seasons for the San Francisco 49ers in the National Football League (NFL).


Kaepernick has been playing football right from his college days when he was an active member of the Kappa Alpha Psi fraternity. In college, he was the only player in the NCAA Division I history to get 10,000 passing yards and 4000 rushing yards in a career.


Marc Lamont Hill, a famous Kappa Alpha Psi member, is an American author, academic, television personality, and activist. He is a professor of media studies and urban education, teaching at Temple University in Pennsylvania.


Hill is also the host of the show UpFront on Al Jazeera English. He was earlier syndicated for the television show Our World with Black Enterprise and continues to host the online-based HuffPost Live. He was a former political commentator for Fox News and CNN.


Stan Lathan is a famous film and television director and producer. He is the executive producer and director of the renowned show Real Husbands of Hollywood. He has also produced and directed many stand-up comedy shows, including Sticks & Stones, The Bird Revelation, and many others.


Penny Hardaway, whose real name is Anfernee Deon 'Penny' Hardaway, is an American college basketball coach and professional player. He is also the head coach of the Memphis Tiger's Men's Basketball Team in the American Athletic Conference.


Max Julien Banks was an American actor, clothes designer, and sculptor who is best known for his role as Goldie in the 1973 blaxploitation film The Mack. He has also guest-starred in many renowned TV shows.


Whitman Mayo is the famous actor best known for playing the character of Grady Wilson on the famous sitcom Sanford and Son. He passed through the Upsilon Chapter of Kappa Alpha Psi.


If you are a part of Kappa Alpha Psi, and you want to get your hands on some authentic fraternity accessories and apparel, the best place to head to is Greek Dynasty . There are many sororities and fraternities that you can join, and one of the best places to find all the related shirts, jackets, hoodies, accessories, and all other things associated with your Greek organization is at Greek Dynasty. Some of the leading sororities or fraternities you can find here include the Omega Psi Phi, Kappa Alpha Psi, Alpha Phi Alpha, Zeta Phi Beta, Delta Sigma Theta, and many others. You can even buy umbrellas, crewnecks, and all other types of apparel and accessories at the Greek Dynasty