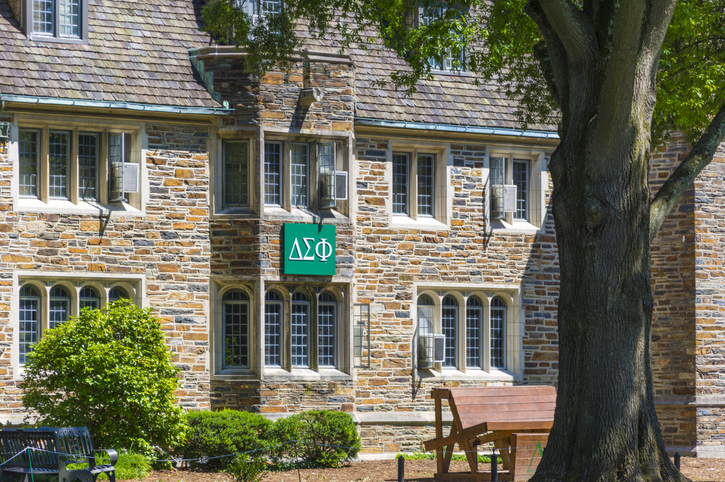 The Delta Sigma Theta sorority was established in 1913 at Howard University in Washington D.C, USA. Since its inception in 1913, the sorority has remained a private, not-for-profit organization continuously providing assistance and support through established programs in local communities throughout the world.

As of 2022, the Delta Sigma Theta sorority has about 1000 collegiate and alumnae chapters spread across the United States, Canada, Japan, Germany, the Virgin Islands, Bermuda, the Bahamas, Jamaica, West Africa, and the Republic of Korea.

Keisha Knight Pulliam is an American actress renowned for her childhood role as Rudy Huxtable on the NBC sitcom The Cosby Show for which she was nominated for the Emmy Award at the age of 6. She graduated with honors from Spelman College in 2001 with a bachelor of arts in sociology and specialization in films. It was from Spelman; she joined the Delta Sigma Theta.

Apart from being active in acting, she’s also a philanthropist. She founded her non-profit the Kamp Kizzy Foundation in 2010 and has since been conducting free mentorship camps for youth ages 11-16 in Atlanta.

K. Michelle is an American singer & performer who rose to fame after being the breakout star of VH1's Love & Hip Hop. She joined the sorority during her time at Florida A&M University and she has been constantly spotted tweeting on Twitter about the sorority with pride.

Roberta Flack is a 4 time Grammy winner & renowned American singer known for her singles The First Time Ever I Saw Your Face, Killing Me Softly with His Song, Feel Like Makin' Love, and Where Is the Love to name a few. Other than these popular singles, she’s also renowned for her influence on the subgenre of contemporary R&B known as the quiet storm.

Flack was given an honorary membership with the Delta Sigma Theta sorority during her tenure at Howard University for the efforts she put in to promote music education.

Dr. Betty Shabazz is another popular personality who is a member of the Delta Sigma Theta sorority. She started her education at the Tuskeegee Institute in Alabama and later left the school to become a nurse. Dr. Betty later completed her bachelor's from New Jersey.

She was a member of the Delta Sigma Theta sorority and the sorority’s first national president who was in office from 1919 to 1923.

Dr. Rejina Benjamin is another proud member of the Delta Sigma Theta sorority. She was a former Vice Admiral in the U.S. Public Health Service Commissioned Corps and also served as the 18th Surgeon General of the United States.

She began her medical education at the Xavier University of Louisiana & later graduated from the Morehouse School of Medicine where she was given a non-honorary membership to the Delta Sigma Theta sorority.

Beverly J. Harvard was former Chief of the Atlanta Police Department. She was the first African American woman to run a major metropolitan police department in the United States. Havard began college at the Morris Brown College where she earned a bachelor’s degree in sociology.


Following which she completed her MS in urban government and administration from Georgia State University in 1980 and a degree from the Federal Bureau of Investigation’s (FBI) National Academy in Quantico, Virginia.

She was initiated into Delta Sigma Theta during her education at Morris Brown College.

Barbara Jordan is another prominent member of the Delta Sigma Theta sorority. She is a noted civil rights activist in the country and is a woman of many firsts like Dr. Sadie Tanner. Barbara was the first African-American elected to the Texas Senate, the first southern black female elected to the United States House of Representatives, and the first African-American woman to deliver a keynote address at a Democratic National Convention.

Barbara was initiated to the Delta Sigma Theta sorority while she was doing her major in government and history at Texas Southern University.

Wilma Rudolph is an American track & field athlete and a world-record-holding Olympic champion and international sports icon. At the peak of her career in 1960, Wilma was the fastest woman in the world. She has had a rough childhood as she had to fight polio and scarlet fever before fighting her way to becoming a track athlete.

Wilma joined the Delta Sigma Theta sorority while she was doing her graduating from Tennessee State University.

Mary McLeod Bethune, Civil Rights Activist & Founder of Bethune-Cookman University and National Council of Negro Women is another popular member of the Delta Sigma Theta sorority. She was one of the early members of the sorority who was initiated in 1923.

Now that we’ve discussed the popular members of the Delta Sigma Theta sorority, we hope you understood the prominence of the sorority. Like all registered associations & sororities, Delta takes the protection of its intellectual properties very seriously. They have a program called the Certified Vendor Program through which they give vendors and manufacturers the right to use their trademarks on approved merchandise.

This is why you must only get your Delta Sigma Theta sorority merchandise. At Greek Dynasty’s online store, we have apparel and accessories, hats, sweatshirts, license plates, zipper hoodies, bags, keychains, and lanyards all at modest prices.